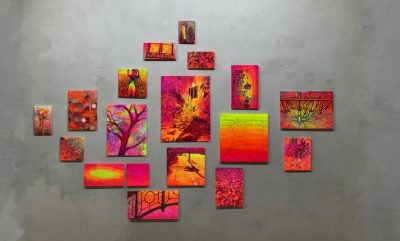 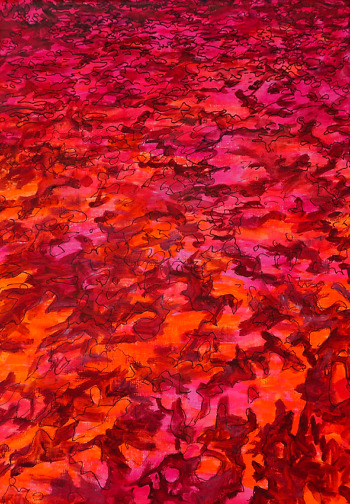 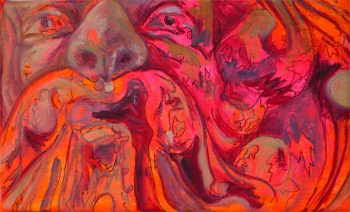 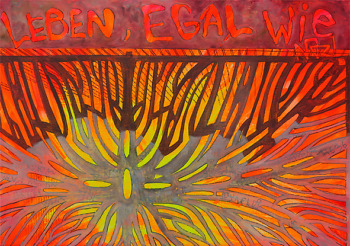 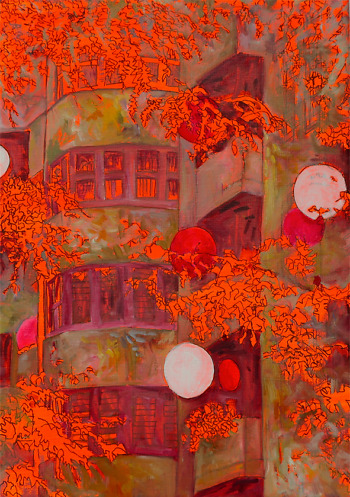 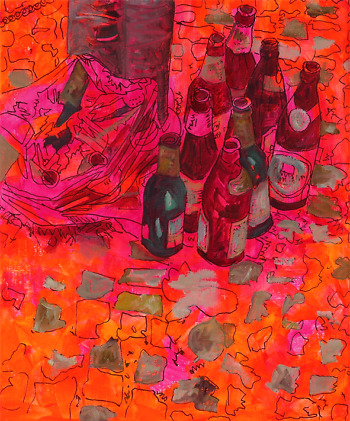 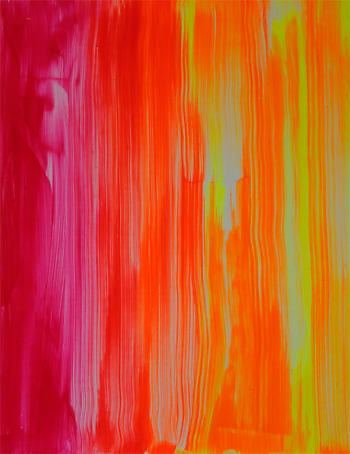 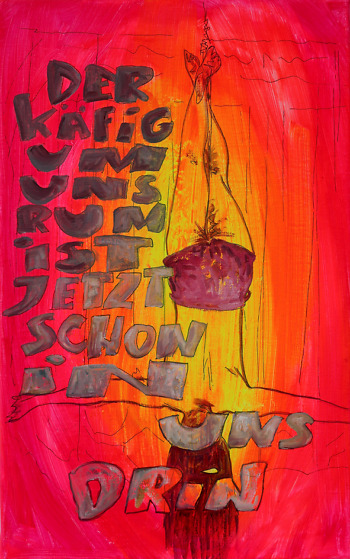 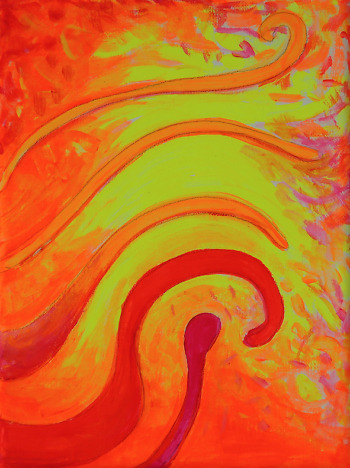 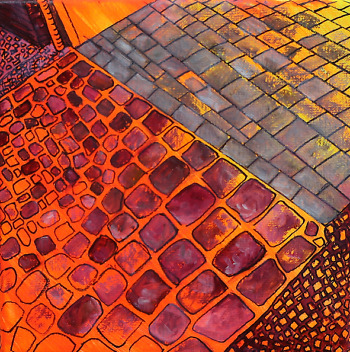 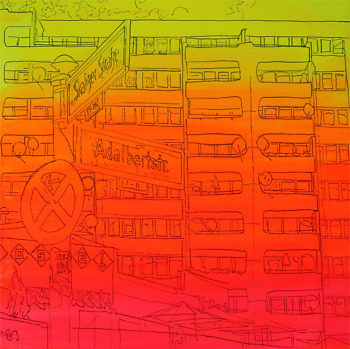 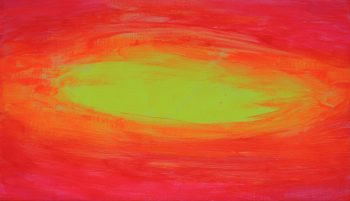 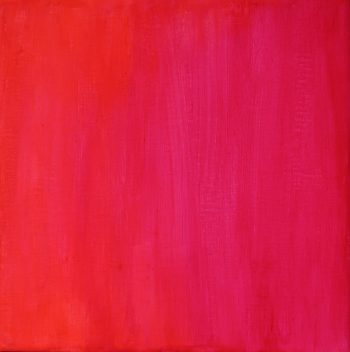 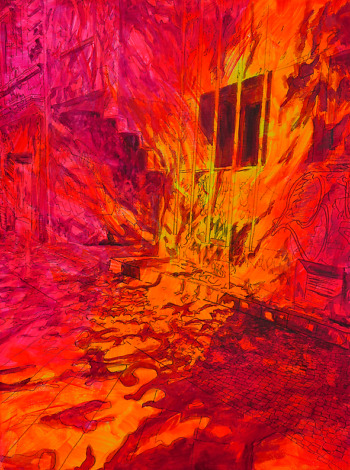 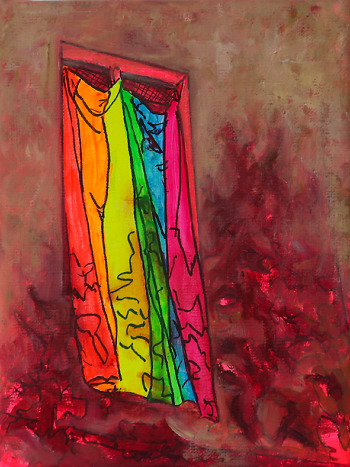 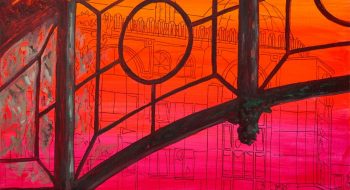 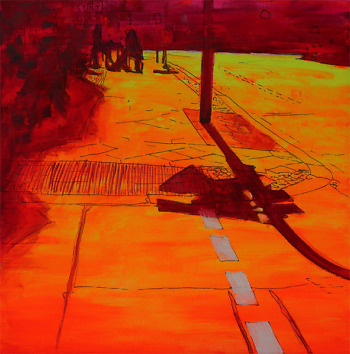 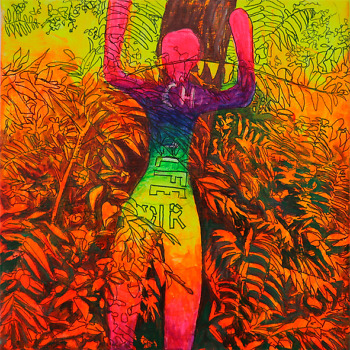 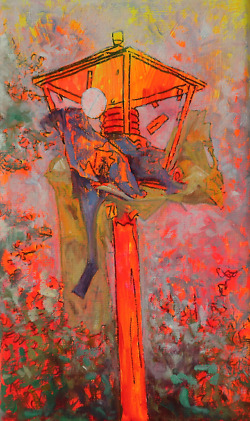 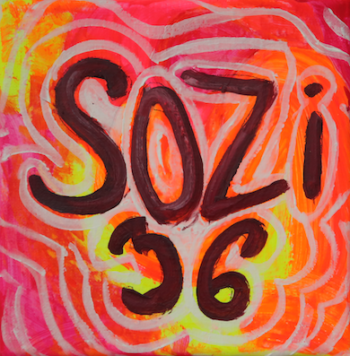 15×15 cm
SO36 is the old zip code of the eastern part of the Kreuzberg district in Berlin. In september 2019 I captured in SO36 the sense of SO36. On linen I captured that which you as a visitor immediately feel but cannot tangibly point out. I walked, photographed and painted my urban reflections. The atmosphere and the daylight of that area determinde my color choice, and my timebased images of this neighborhood.
The genius loci, the invisible soul of a place was a sacred fact according to the Romans … cherish the identity of a place, they would have said. According to philosopher Peter Sloterdijk, it is we, the residents who shape our own place and therefore atmosphere. We should focus more on “where we are” rather than “what we are,” Sloterdijk said. This place, where we are now and live together, the residential area in a rapidly changing urban district, that fascinates me. Specific city areas in Europe inspire me. On canvas and at a rapid pace I investigate the neighborhood as an atmosphere and as a space creation of residents.
City Sphere SO36 is my ode to the atmosphere, the local soul of the SO36 district. I experienced the fall of the wall in this neighborhood in 1989. Experience the atmosphere of history. The air crackled over the wall in disbelief, full of hope and faith in a united Europe. Now thirty years later, Europe is in a different position. Cities and national identities flatten, while at a local level some neighborhoods claim the space back. Initiatives, protests and new connections arise, local identities. You feel a strong sense of a place, genius loci in these places, they are declared “holy”. Especially in SO36 it is brewing, and change is coming, it is more local than global. Berlin, for me the cultural capital of Europe, has a pioneering role and the place where things can be done differently. Where the visual arts and artists take the space and forge a new local identity.
With each City Sphere, I invite to look consciously at the daily environment, which we humans (un)consciously build together. Awareness of one’s own, local identity leads to a better understanding of the other and the unknown, and results in an all-inclusive society. Through gentrification and one-sided municipal policy, the local soul of urban districts threatens to be swallowed up. I want to hear the soul of the neighborhood whisper again.
Presentation of City Sphere SO36 by Baukje Spaltro, 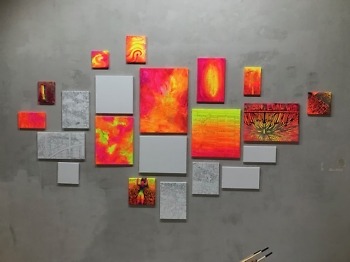 CS SO36 in progress